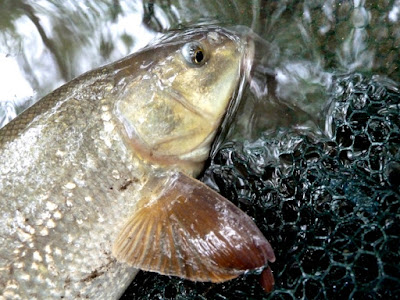 Before travelling further afield chasing barbel I thought I'd hit a local river and check if they were feeding - last season I had 16 on the opening day. After a long lie in I was on the riverbank by midday, armed with the standard gear and bait I thought I'd give it a couple of hours as a test. 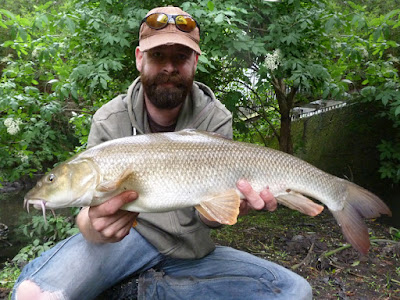 Well 2 hours turned into five, it was tough going and I covered more water than I originally intended. The result was 4 barbel, the best going 6lb 4oz and lost one of a similar size, the others were two and three pounders (too small to breed?).

Not a bad return but I really don't think they're on it just yet - I'll give it another test in a week or two before setting out to explore new rivers in search of a PB. 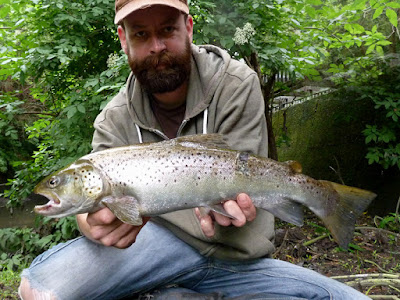 It was nice to get out on a familiar stomping ground and great to get a bend in the rod. And I also had a bonus chub about 3lb and a surprise trout about 2½lb on rolled luncheon meat. Photos to follow. Photos added.
Posted by Brian at 18:23