The Day I Quit Fishing 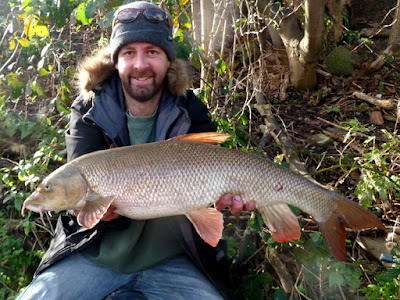 With my girlfriend away yesterday, I shot down the river for a couple of hours rolling meat. My target was the big chub I had spotted previously and on route I tried a few barbel holding areas.

I soon had little plucks at the meat before one slammed it, a barbel of about 4lb was safely in the net. On to the chub pegs but they didn't want to play so I continued further down the river and bumped into a mate of mine who always seems to bring me luck.

And this time was no exception, soon I felt a bang and good fish on - thanks Stu for net and photo duties. A nine pounder (above). I forgot to weigh the net after weighing her, she went 10lb 9oz in the net, the net weighs 1lb 8oz when totally soaked - which this time it wasn't, so I'd say about 9lb 4oz.

Anyway, best barbel of the season, and it was a brilliant couple of hours fishing.

Almost out of time I made my way back up the river and a quick roll in the chub swims on route. After bumping one fish I landed a chub about 3lb. One last swim…

I hit another fish and it was clearly a barbel, it didn't charge around the swim but it didn't want to meet me. It seemed to get more powerful as the fight went on, and just as I was thinking it must be caught in something it charged across the river, a big swirl and the biggest barbel I've ever seen beached itself in front of me. Abandoning the rod I jumped down and scooped it up with the net.

Or that's what I should have done. Instead I climbed down giving the barbel enough time to right itself and hammer down the river, I felt something rub against the line and all went solid. For 15 agonising minutes I pulled this way and that, I could feel it was still there but stuck - eventually I gave it some slack, hoping it would swim out by itself.

But no. I could no longer feel it, perhaps buried further in the snag or perhaps transferred the hook - I pulled for a break and the line snapped just above the hook. F**K!!

I chucked the kit in the bag, quit fishing forever and went to the pub. 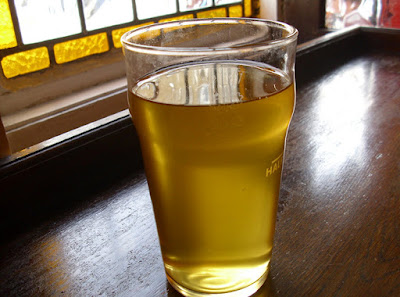 Five or six hours later I decided to un-quit fishing - I'll be back for round two…
Posted by Brian at 13:08