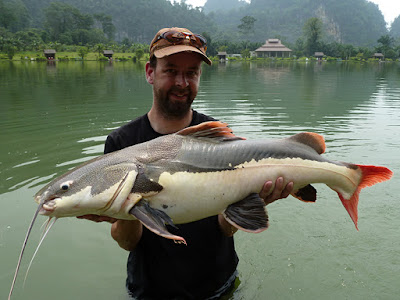 On holiday to Thailand and I'd set aside three full days of fishing - and I knew exactly where I was heading. I've been following Exotic Fishing Thailand on Facebook for well over a year now. And even though it involved an extra flight I had to wet a line there. I'm going to do a full post about EFT when I get the chance. 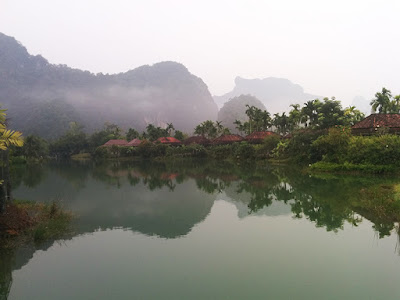 After a bit of a nightmare missing my connecting flight and credit cards not working (took about 2 hours, but new flight booked and cards sorted out) I awoke on day one in paradise. The photo above is where I was staying about 3km from the fishery. I strolled up the road about 7am and a taxi pulled up "you going fishing?" 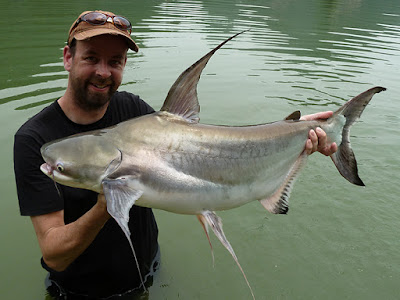 We bumped along a potholed road, past temples, stray dogs and scarecrows until we drove through the iron gates of EFT, it was like the start of Jurassic Park. Simply beautiful. I was met by Mike, the owner, and we had a chat about the rigs, fish and where I would likely find an alligator gar (my target). From there I wandered around the lake - watching the arapaima rolling - to meet my guide Bau (I hope I've spelt his name right). 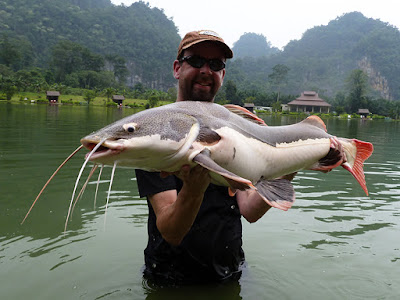 To the fishing... Three rods with three rigs; a deadbait, halibut pellet and shoal feeder/polly-pop-up (new to me, great idea and I'll go into detail later). It took about an hour to get a positive run - f*ck me these things fight! Took me all around the lake before the hook pulled - gutted!

But not gutted for long - the other rod was away. I was more cautious this time and ten minutes later an Amazon redtail catfish was in the net (top photo) - the trip was worth it then and there!

After a couple of minutes breather I was in again - a chao phraya catfish, swiftly followed by another Amazon red. Arm ache that is worth flying a quarter of the way around the world for. The next run was even better... 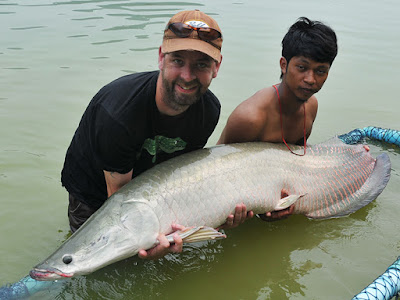 I kind of knew I'd hit one, the fact I didn't see it while I played it in and once it was in front of me - it decided it didn't want to have it's photo taken and belt out further than I'd originally hooked it - an arapaima - brilliant!

After signing a waiver on arrival and swearing to God I wouldn't sue if it broke my arm (Arapaimas are notoriously dangerous to handle) I had my photo taken holding the business end of my first one. 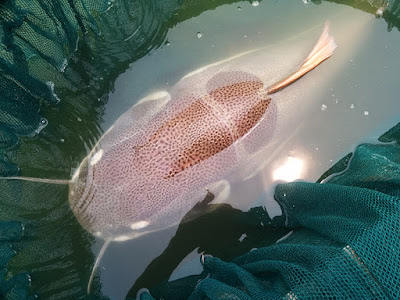 Thanks Mike for the photo. Mike then told me he had a shoal of pacu feeding down the other side of the lake - did I want a go? I hit one as the bait hit the water - the odds were against me - but I got it right to the side before it bit through the braid - then they didn't want to play. 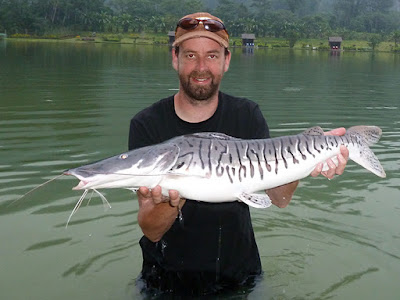 Another Amazon red soon took my mind off it and then a tiger shovelnose catfish was on the books - really fancied one of these - beautiful. 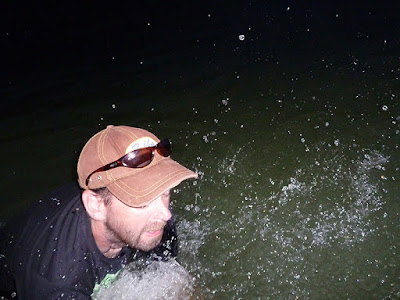 Day was already turning into night - but as you can imagine I couldn't drag myself away - one more cast, one more fish. We had to wait a while before a wallagoo leeri made a mistake. I'm blaming jet lag (and it didn't have a tail) for the fact I didn't get a photo! Next up was a hoven's carp that simply flicked out of my hands before a camera was even pointed in my direction! 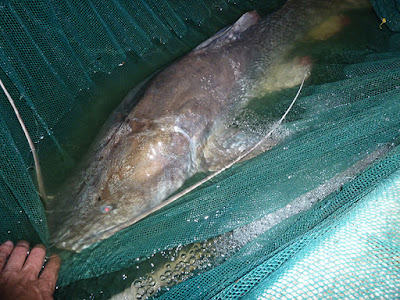 Last up was an Asian redtail catfish - as I'd dropped the last two I settled for a photo in the net. The day was done - what a day - with the promise of tomorrow we packed up surrounded by fireflies - magic.
Posted by Brian at 22:38