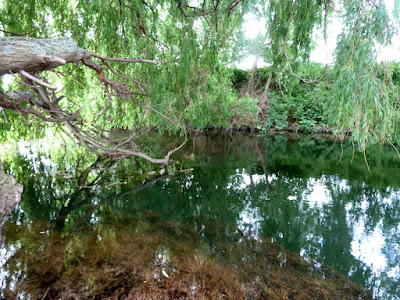 To catch bream you need 2 rods, method feeders and a bait and wait approach. Or you can do it the hard way, stalking individual fish in a gin-clear stream using free-lined bread.

There was a slight chance of a double but my main target was to beat my 5lb 3oz personal best. These fish were very easily spooked and often spotted me before I saw them, coupled with the fact I'd pull it out of the way of a fish I thought was under 5 pounds and any carp (unless it might be a PB) it was tough going. 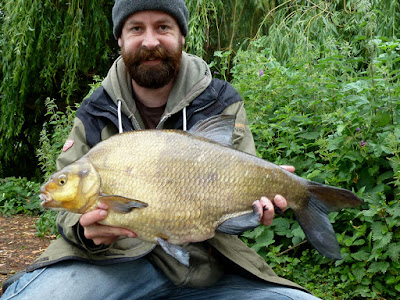 It was an hour or so later I watch my target suck in the bread, the briefest of fights and my prize was in the net. A new PB of 8lb 15oz, delighted - I did shake the scales but I couldn't make it a nine! A far more respectable PB and a big step towards a double. 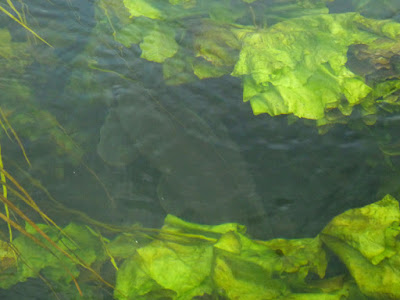 I fished on hoping for another, briefly hooking one about 7lb but that was my only other chance. I did however spend a great few hours watching the bream, carp and some nice pike in the clear water, I'll be back for them!

I'm going to have to add the photo later, I'm having a technology problems at the moment, it's a really crappy self shot anyway (out of practice) that doesn't do a great fish any justice - I'm going to have to go out and catch a bigger one! Photos added.
Posted by Brian at 19:25