That's Not A Chub 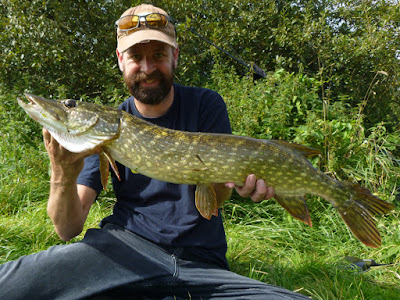 A trip to The Stour in search of chub and bait & wait was the nature of the game. Spicy shrimp and black pepper boilies under a weed raft, tip pointed skyward and relax.

I did bring a pike rod, with a gravel bar in front of me I was going to have a cast at any pike that crossed it with either a wobbled deadbait or a freelined livebait. 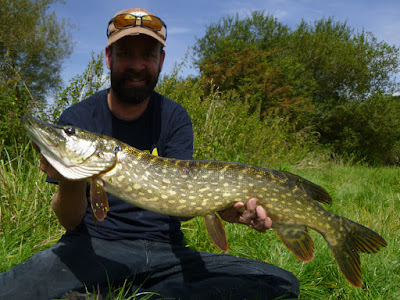 I spotted 5 pike cross the gravels and tempted four of them - watching them hit the bait in the gin-clear water was spectacular. I weighed the biggest at 8lb 10oz - I'll have to return for a double.

I also got within inches of landing a pike on a bleak whip when one grabbed a small perch, letting go just before the net. And pike number four was a recapture of pike one - they were ravenous! 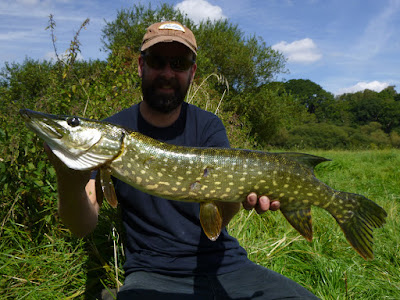 And the chub? Didn't see one, I think we need some rain to get them feeding but I caught almost everything else; minnows, bleak, gudgeon, dace, roach, perch - and of course pike - can't complain!

Really looking forward to the winter pike season but it's great to get a few summer pike on the scoreboard. And it's nice to have a few pike photos on Pike Blog!! 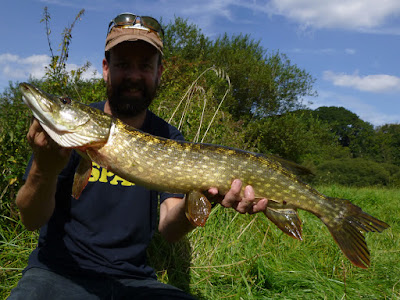