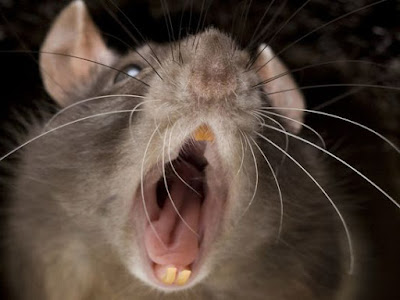 I've been told if a rat is cornered it will fight. I startled one on the river earlier, it wasn't cornered, it had plenty of escape routes but started running towards me. I stamped my feet and banged the landing net on the floor, but it kept coming. I dropped the rod and started back tracking* but it was after me, I had no choice but to scoop it up in the net.

In the net it started screaming and trying to escape - I catapulted it well down the river - it landed with a splash but was fine and swam to the opposite bank. I had a scout about to see if I was standing near it's babies, but I don't think they are particularly protective.

I have no idea why it ran towards me, was it going to attack? Perhaps it had been poisoned or had rabies or just having a seriously bad day. I was wondering if any other anglers out there in blog-land have had a similar experience? I'd love to know. (Photo from Google). 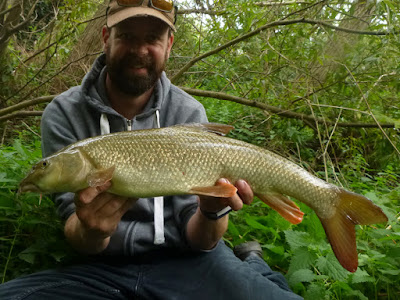 I didn't have long today but decided to use up the rest of the tin of luncheon meat from yesterday, three barbel going 4lb 4oz, 5lb 2oz and 7lb 14oz. Great stuff! 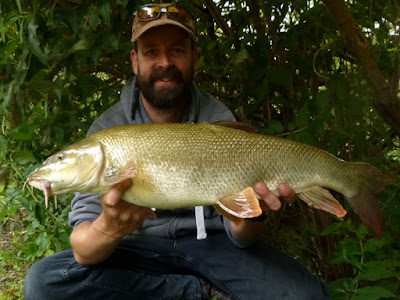