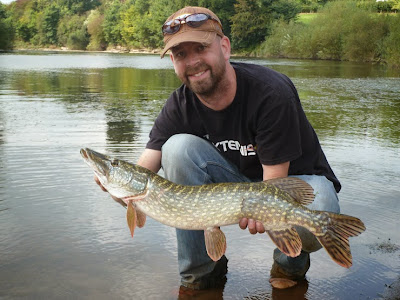 The days are getting shorter and although we are still lucky with the weather, winter is on it's way. Time for a quick look back at the summer, and even with time at a premium I had some cracking fishing (especially compared to last year).

I did some lake fishing in the closed season, the first year I ever have, it was great to bag-up on tench, and I've fallen in love with crucian carp. Six trips to Marsh Farm including two 100lb plus days - same again next year I think. 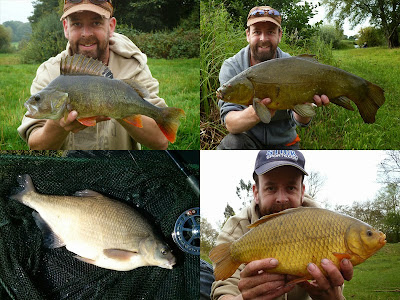 The summer saw me land four PBs including crucian and tench which are new to me, a new PB bream - at 3lb 14oz there is still a lot of room for improvement! And a trip to the Wye produced a new PB perch, a fish I hope to better before the end of the season.

I even had a blast at a bit of summer piking, landing 5 fish, no doubles but a spectacular take on a Jitterbug was a sight to behold - me and James are still talking about it. And James came up trumps landing his first Wye double.

The barbel fishing was slow to begin with but a change of technique in August put me on a purple patch. I've had a total of 21 barbel for 94lb 15oz, with the best going 10lb 1oz - my first double in a while. I'm determined to make the most of this unseasonable weather and crack the 100lb mark before it all turns nasty.

I did a few very quick morning missions after carp on a local pond, only landing one fish - but it was a nice distraction before work. 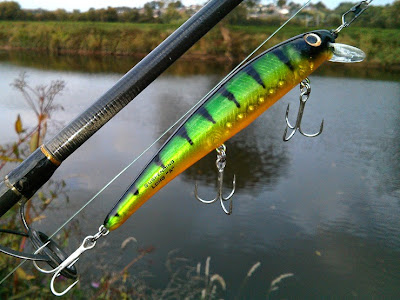 And now it's predator time. I'm hoping to get a few more pike sessions on the Wye before the floods - and talking of floods I've got tickets to a couple of lakes this year for the inevitable winter water. I'll also be trying to get into some perch on the Thames and I'm really hoping to see my first zander this autumn.