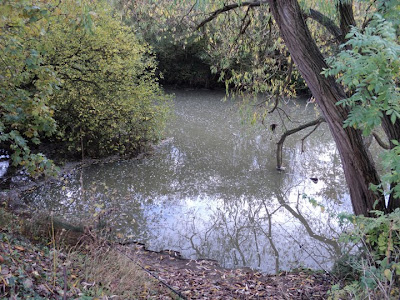 It's been a while since I've put any fishing updates on here, and as you can see I'm not leading with a photo of a pike, it isn't going well... I had a week without my kit when I lent it to a mate who found himself booked onto a carp lake while his kit was in South Africa - he got some nice carp - so it was worth it!

I've been piking on the Thames, as it's a big river I've divided it up on a map and doing 3 hour sessions on small stretches to see if I can locate any... None so far! Haven't even had a run yet but I'm still working on it... Have seen a few pike anglers about, and only one I spoke to had caught a pike, a six pounder from Hampton Court last Saturday. I'm seriously thinking about a trip back to my home-turf of the River Wye and trying to get my pike-mojo back!

In fact I've only caught one fish since I returned from shark fishing - a small dace in a quick barbel fishing trip with Dan a couple of weeks ago. Dan managed one small barbel and is itching to get back to the Wandle... I'm not going to convert him to a pike fisherman at this rate..!
Posted by Brian at 17:50