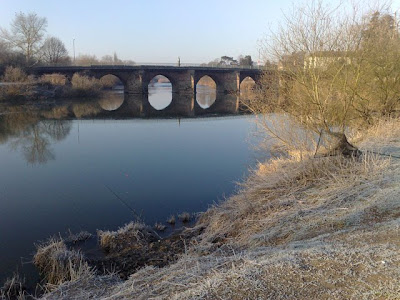 It was a frosty start to the day when we began fishing at 8-30 but Roger was soon into a fish of about 4lb on float fished bleak in the bays at Wilton. He followed it quickly with a second pike of about 4lb while I lost one about 10lb. I then tried a shallow fished livebait over deep water and was rewarded with a 12lb pike. 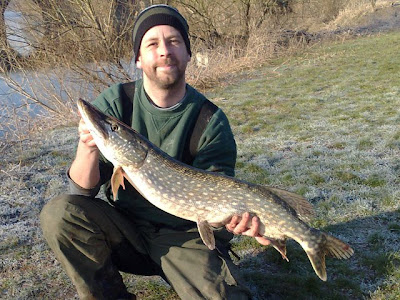 Rather pleased with myself!

After an hour without any more runs we swapped to the opposite bank where Roger picked up 4 pike between 4 and 7lb in quick succession, I struggled but did manage a jack on a bleak and one of about 6lb on a plug before the action here dried up. 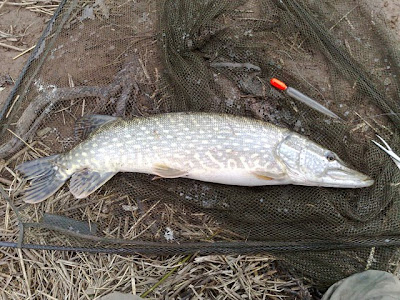 We moved to a peg called the Stones which had seen the odd big pike over the last couple of months. Roger caught a pike straight away, about 7lb, which looked like it was going to be the only pike in there. With the action slow, and the pike total being 7 for Roger and 3 to me, Roger decided to take the dog for a walk. 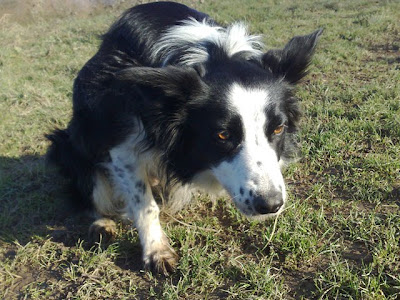 We fished into the evening with sprats with no success. I wondered if the pike in the river eat sprats?
Posted by Brian at 18:03