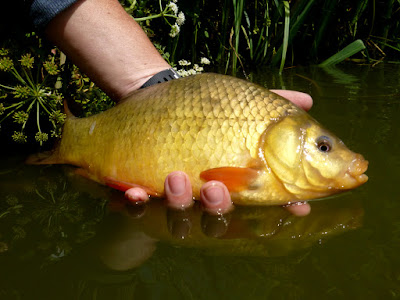 With a job cancelled and a break in the British weather I thought I'd head down to The Farm, crucians were the target and I was soon into the fish.

I landed fourteen crucians, five of them were over a pound to 1lb 14oz, no monsters but 14 bars of gold - I'll take it! 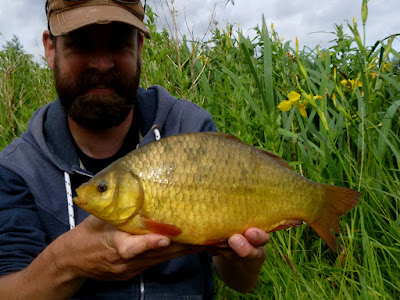 I also added 40+ tench to 3lb 4oz, a load of roach to 8oz, six gudgeon which maxed out at 1oz and a 6oz rudd - in fact I really got value for money out of a 99p bag of frozen sweetcorn!

Reactions fine-tuned, getting ready, the river season is nearly here...
Posted by Brian at 15:36