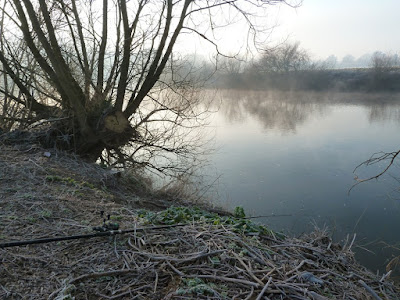 When some anglers dream of fishing they dream of summer afternoons, hot weather, bubbling tench and cruising carp. I dream of winter mornings, crisp frost and thick fog. And pike.

This morning me and Steve headed out into a perfect morning on The Wye - the pike are playing tough to catch but there might be a monster in the mist... 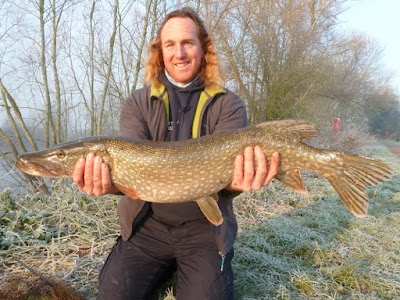 And Steve had a run and was into a pike while we were still setting the kit up. At 15lb 8oz it was a great way to start, perhaps they were switched on today?

It's worth noting this one fell to one of Steve's favourite pike baits; a mackerel fillet, yeah fillet - I've used whole mackerel, heads, tails and even the middle section but just haven't had the confidence to use fillets - works for Steve, and now it's on my list. 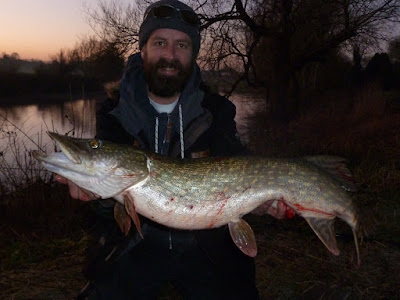 If one was feeding hopefully there were more - we walked miles putting a deadbait in every likely looking hole (and chucking a few lures about) but nothing else wanted to play...

It wasn't until we were packing up as the sun was setting before I had a missed run, a new sprat was quickly cast out while the lure rod was broken down - and it was away. All day but a 14lb 0oz reward was totally worth it - best of the season so far! 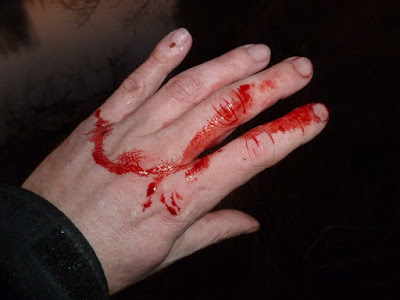 Yeah there is blood on the pike - mine! I get caught by the gill rakers fairly regularly and occasionally by the teeth, but this is the first time a pike has ever clamped down and shook - it's like getting your fingers caught in a spiked vice... poor bleak!
Posted by Brian at 19:37