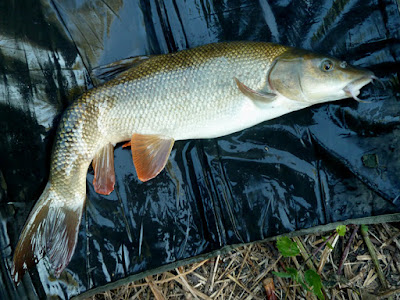 On the weekend I headed out in search of a roach, I’m aiming to get 10 pound plus fish this season before starting my quest for a magic two. But in the bright daylight they didn’t want to play - so my back up plan was to search out a barbel.

Long story short I caught 4, no monsters but they did include the curious fish above. I named him Boomerang Bob, I’ve seen a few with scoliosis before (here’s a Wye fish caught by Roger), but not one quite this bent.

It was in great condition and fought well, I didn’t realise it was different until it slipped over the net. I’ve done a quick Google search but I’m having trouble finding out more about the condition - so if anyone in Blog Land has any links please add them in the comments - thanks. 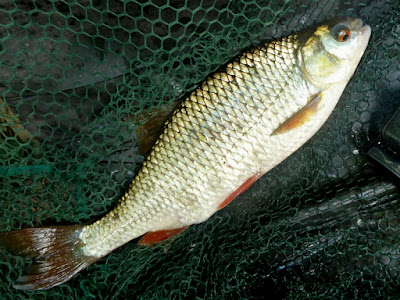 As evening approached I went back to the roach fishing, landing three to 15½oz - so close to adding a second pounder to the target!

Squirreled away in a remote spot I rarely see anyone except the odd dog walker, druggy or teenagers looking for a secret shag spot. I heard crashing about in the bushes behind me and out walked two Pokémon hunters glued to their phones - and for the first time in history the fisherman asked the people walking past ‘have you caught anything?’
Posted by Brian at 11:42 11 comments: 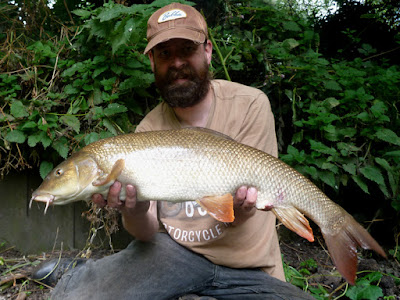 Coming down with man-flu I hit the river on Saturday afternoon incase it wiped me out for a week. I initially float fished bread - and over the course of an hour I had three roach and a monster gudgeon (no mini scales), but they weren't really playing, I think it was too hot for roach.

I had a tin of Spam left in my bag from fishing the Wye and I thought I knew what would be feeding. I added four chub to about 3lb and five barbel to 8lb 2oz to my afternoon - great fun on light gear - just what the doctor ordered! 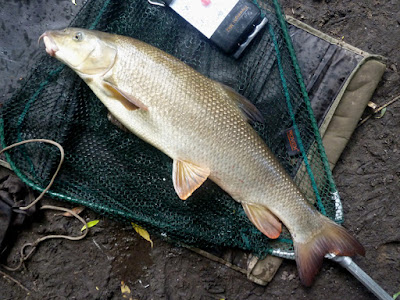 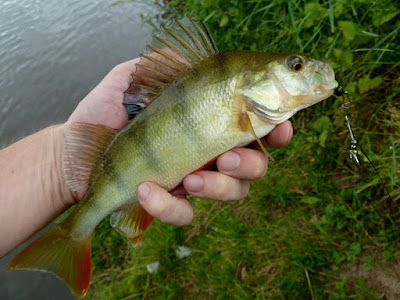 Beetle Spin: Most of my week on The Wye was spent trying to catch a new PB perch, with fresh tails of three and four pounders in my head I covered as much water as possible with Mepps and Beetle Spins.

Although I had 30-40 perch I couldn't find one over a pound, perhaps their bigger brothers and sisters wanted bait? I did manage quite a few chub on the lures, although they were a smaller stamp than their bait-caught relatives. I have a few plans for a big stripy, and I'll be back to The Wye for a pike or three later in the year... 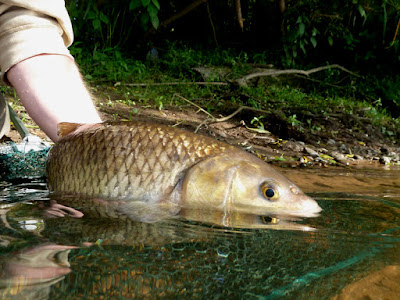 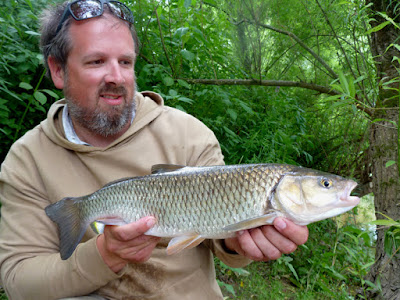 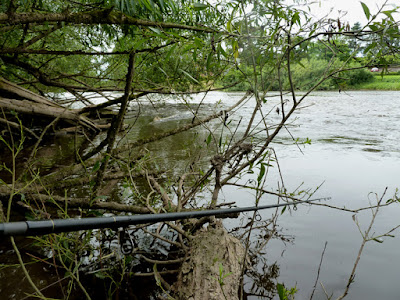 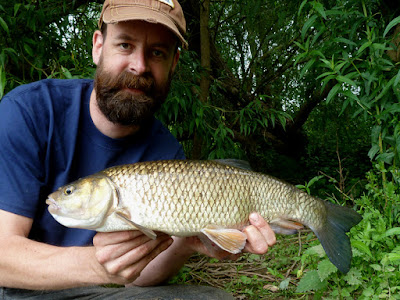 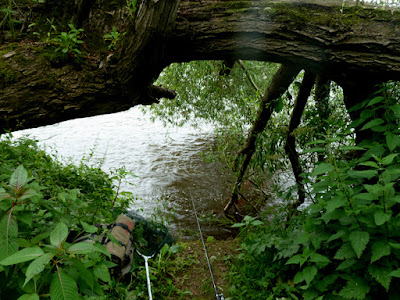 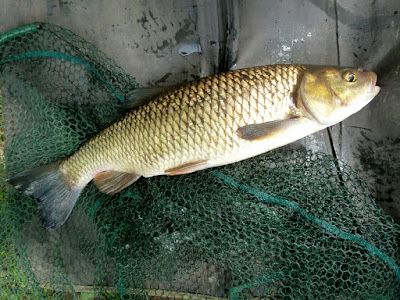 I took the photos of Steve on his camera, so I'll have to use this one - it's a couple of years old! Hopefully we'll still be catching them in another 30 years...
Posted by Brian at 21:28 No comments: 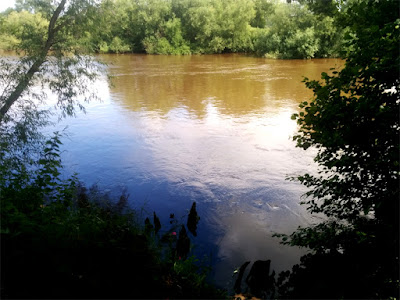 Paulos' Barbel: He’s never caught one, so I made it my mission to put him on a fish. We arrived on Friday and the water was high and very red, not ideal as I like to spot the fish - but hopefully they would be feeding. 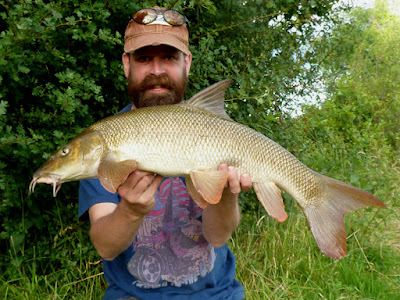 Paulos was suffering from man-flu which wiped out the weekend, but by Sunday afternoon I could resist no longer. With Paul sat firmly behind me in a deck chair - proper man-flu - I had a cast, it took about 10 seconds before I was attached to a barbel. Now the pressure was really on, it’s not this easy! 7lb 10oz. 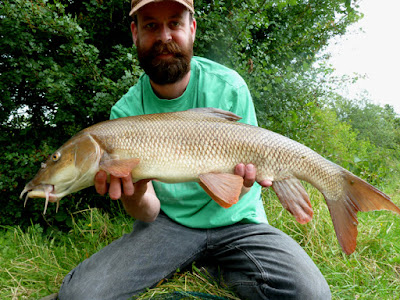 On Monday I went out for a day’s perch fishing but I took a tin of meat and had a quick roll through any likely looking swims and landed a 7lb 6oz barbel above and a 6lb 4oz fish below, as well as a few chub. 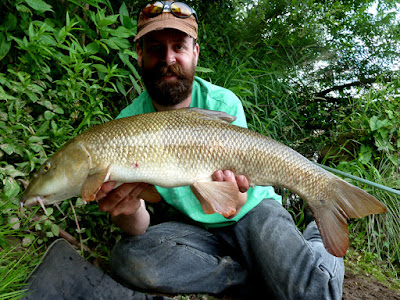 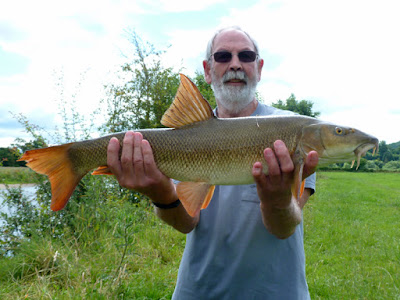 So today, with Paulos having made a partial recovery we hit the river and the pressure was on - would they play? Nope, after a few hours we hadn’t had a touch. Then Paul handed his rod to Roger and popped down to my swim to discuss tactics - and inevitably we heard a shout “Paul, I’ve got one”, 7lb 9oz to Roger! 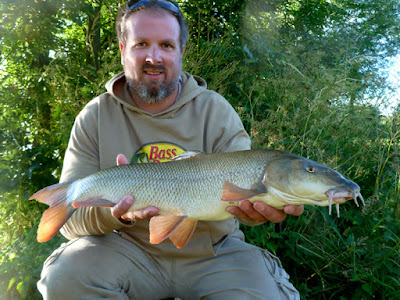 Well it took the rest of the day, a hell of a lot of walking and a change of tactics before a static ledgered piece of meat was nailed on Paul’s rod, the classic rip-your-arms-off fight and his first barbel was in the net. 6lb 1oz, phew - mission accomplished! 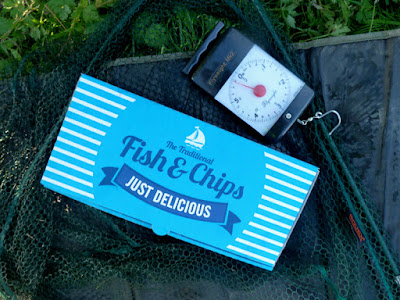 We celebrated with some fish and chips, and then bagged up on chub and eels, including a new PB chub for Paul - no more barbel but almost constant action before it got too dark to fish. Barbel: sorted, now it’s time to find a bigger one!
Posted by Brian at 22:44 No comments: 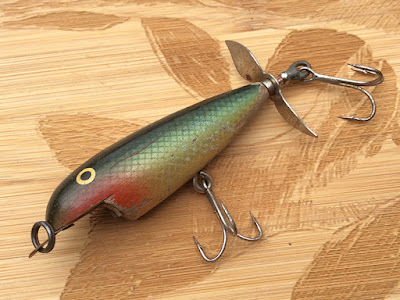 With Paulos over from the States it was time to make a start going through the old kit... 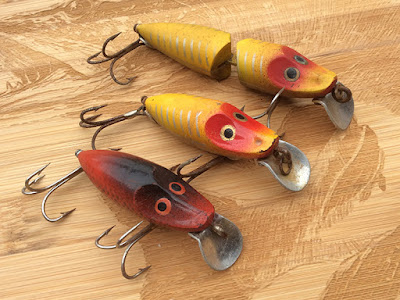 Where on Earth did we get all this stuff from? 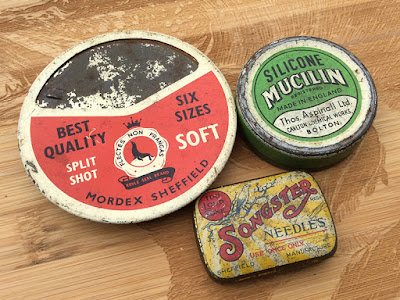 And is any of it worth any money? 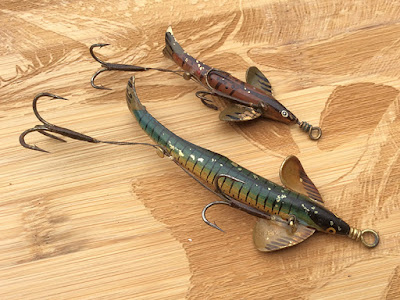 There were some real gems... 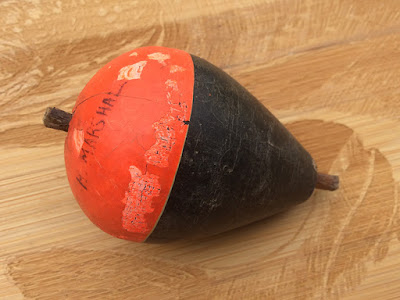 Most of it was given away, but we couldn't part with some of it... 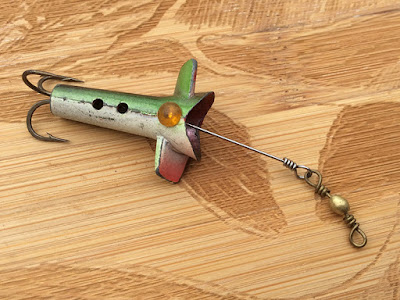 To the Google to find out more about this stuff...

That'll keep me busy for a while... 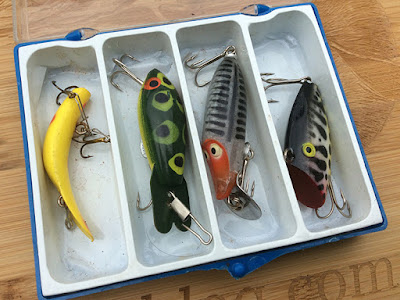 These for example are older than me, and bought from Woolworths... 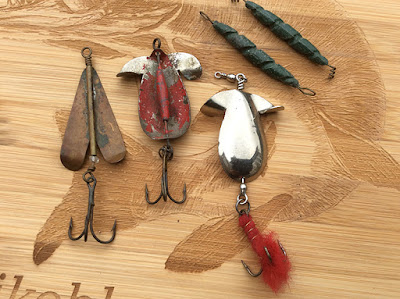 And when this is sorted it'll be time to go through the Star Wars figures!
Posted by Brian at 17:47 6 comments: