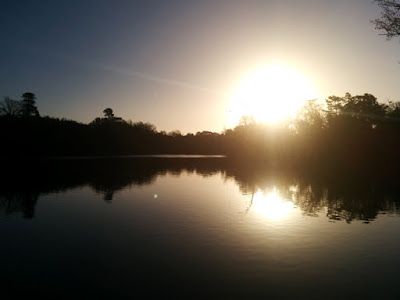 A very early start, a 30 minute walk to the train and a 45 minute walk the other side - totally worth it - I arrived at Bury Hill as the gates opened. It was zander time and both rods were baited and cast by 7.10am. 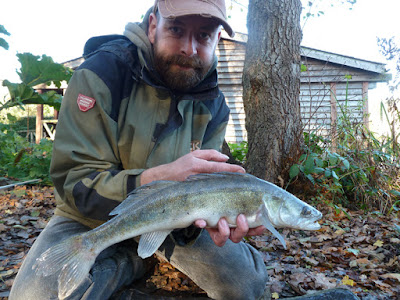 At 2.20pm, a full seven hours later I had my first run! The float shot away - a proper run - and it wasn't long before I banked my first zed of the season. Not a monster at about 2lb but as zander are new to me I was still delighted.

As I held it in the water to recover my ledger rod was away - fish on - for about 10 seconds before the line went slack, I think it felt a bit pike-like. But at least they were on the feed... Two hours later... As it was getting dark my float was away again - another proper run - and another zed landed, about 2¼lb, size doesn't matter at the moment I just want to bank a few zander.

The wind was howling and I was chilled to the bone but thought I'd stick it out for the first hour of darkness but they didn't want to play. Still I was more than happy to have banked two rare (for me) fish, I packed up the float rod, all the gear and even the rod rests - picked up the ledger rod and it was away! 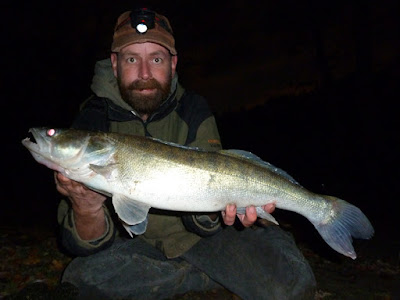 A better fish and as I watched it with the head-torch it put up quite a scrap with it's spiky fin and glow-in-the-dark eyes. I estimated about 5lb, if I had weighed it I would have definitely missed my train and another hour in the cold didn't appeal - close but don't think it would have beat my PB. A quick snap and after making sure she swan away well I hacked off down the hill to my train. Great result.

And the moral of this story: If you're chasing zeds don't get up at 5am - have a lie in. Have a nice breakfast, possibly even a nice lunch. Because they aren't going to play until they're ready to play. Oh yeah, and if you're heading to Bury Hill dress warm - it's colder than a snowman's smile up there!