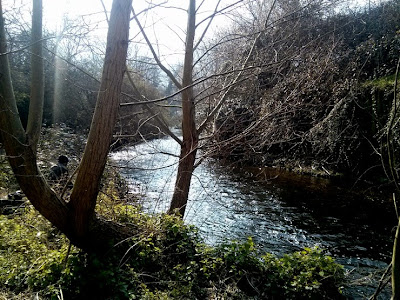 The last day of the season, one I've found in past years to hold too much pressure - get out early, mustn't blank, last trip for three months...

This year I opted out of the pressure, I've had the final week off work and filled my boots with pike, perch and barbel. My hard earned North London pike yesterday was a great fish to end a cracking season. And after all, it's not 3 months it's about three weeks before I start my summer campaign.

So today after a lie-in and a nice breakfast I hit the local river for a few hours - just to cast a line and chew the fat with old friends and some new ones, my season was already in the bag. 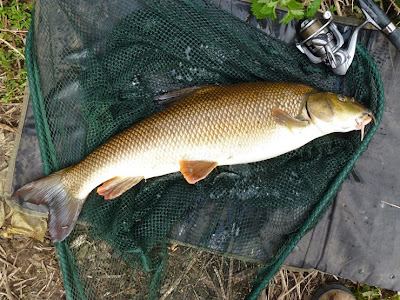 A lovely barbel to end on was just a bonus. Happy days!
Posted by Brian at 17:55