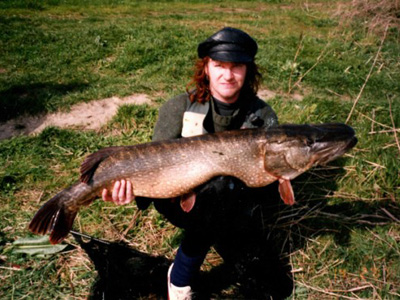 I remember looking for this photo a few years ago, presuming that all photos eventually end up on the interweb, but couldn't find it.

Having re-read the account of her capture in Blood Knots by Luke Jennings I had another bash at finding the photo - and it was the author himself who had uploaded it.

The pike was caught in 1994, from Thamesmead by René Berg. And bottomed-out a 40lb set of scales, the pike has since been estimated to weigh 42-45lb, and is the largest pike caught in London - that I can find an account of anyway. I'm glad I have finally seen the photo.

More details of the angler and capture are here.

Two months down, one to go - the long one... The first three weeks of the closed season produced arctic weather, and I was secretly glad I couldn't fish - I would have been sat on the riverbank getting cold. But since then I've been counting down the weeks.

I haven't spent as much time peering into local ponds and rivers as in previous years, but work and weather have been against me, 28 days to go... 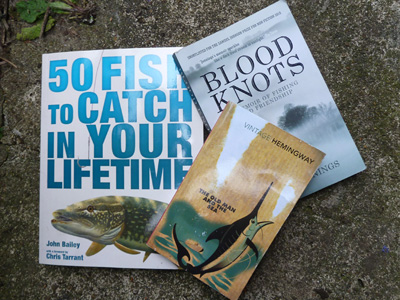 Reading Stuff
I have read a quite few fishing books over the past couple of months, mostly while sat on trains and the tube, and here are three recommendations;

Blood Knots - Luke Jennings, brilliantly written memoir chronicles the path of a fisherman from small boy, learning to fish from library books, through a series of teachers & events, and his continuing journey of discovery. In fact this is the second time I've read it, and probably not the last.

50 Fish To Catch In Your Lifetime - John Bailey, this book appealed to my setting targets and going for it. As well as an overview of each fish there is a diary entry the day one was caught. You'd probably need to win the lottery to attempt to catch them all - I've only caught 19... So far... 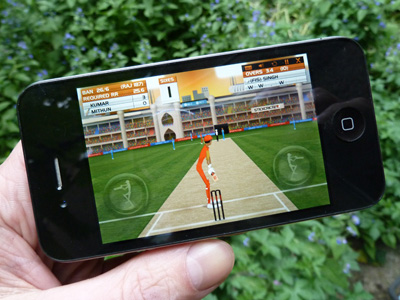 The Dangers Of Success
Stick Cricket SPL got to number 1 in the Apps List, not just the games list, the whole thing - which is great - take that Angry Birds!

Normal procedure after a game launch is a few beers and we drift off and do our own things for a few months, for me that's designing DVD sleeves, writing comic strips and most importantly fishing.

Not this time. Less than a month after the release a bigger team has been assembled and I find myself working on two more games - and neither one is a fishing game... 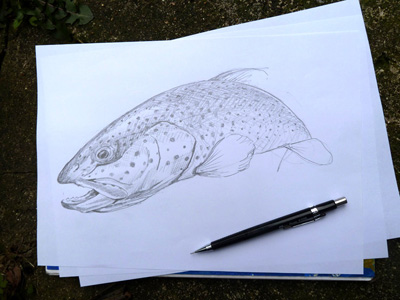 Trout, Tench & Weather
Spring is taking its time overpowering the harsh winter, there is the odd nice day or sometimes a few nice days but winter isn't going without a fight - I've zipped the lining back in my coat - roll on summer - please.

I've been out a couple of times chucking a fly at a trout, one blank and one fish, but I'm really waiting for a warm still day when the trout decide to rise and I stand a chance of picking one up on a dry fly. Trout fishing doesn't end when the course season starts so I'm just going to have to be patient.

And I think patience is also going to be the case for tench fishing, although Darren and I are hoping to fit a session in before the season opens (tench don't breed until summer so I've no problem fishing for them). We are both waiting for a run of warm weather but I'm thinking of just picking a day and going for it...
Posted by Brian at 07:02 3 comments: 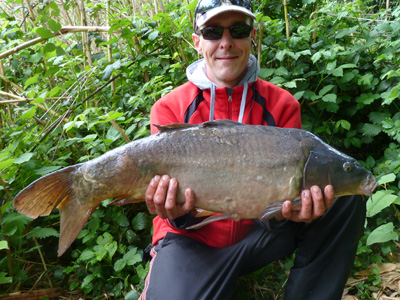 I had planned on a few hours fly fishing today but strong winds rippling the surface was going to make spotting the trout difficult, not to mention casting, so I jumped on the train and joined Darren for a spot of carp fishing. I wasn't fishing today, I was just the silent observer.

Darren kicked off his carp campaign a couple of weeks ago and has so far landed four twenties to 26lb and a string of doubles (13lber pictured), and has his eye on a thirty.

Great fishing, but was what was even better for me was seeing some of the technical rigs and gadgets first hand. I'm more of a sweetcorn, bread, running ledger and waggler fisherman when it comes to carp - but there is definitely some stuff to explore here.

I'm still not 100% sure about course fishing in the closed season, even on a lake, but I might take my kit next time... Even if it's just an excuse to chuck the spod about! 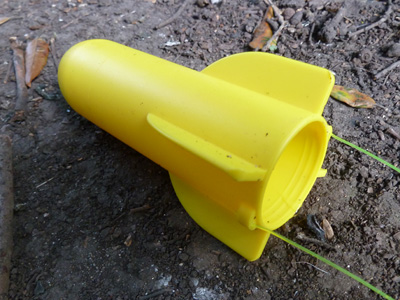 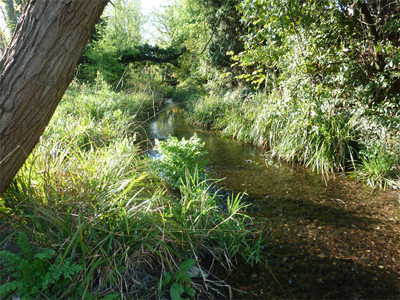 It's half-way through the closed season and a beautiful sunny afternoon, I didn't need any more of an excuse to go and chuck a fly about for a bit! In all honesty I did more exploring, fish spotting and bird watching than fluff chucking but it was great to be out.

I did spot a couple of trout to cast a fly at; the first one ignored me, despite floating a few different flies past him. The second one took, jumped and spat the fly out all in one spectacular motion. I watched the third follow the fly and suck it in... Fantastic aerial fight on light gear and my fishing fix was in the net.

A new PB of 3lb 10oz, but that didn't seem important, an absolutely beautiful brown trout - the photo isn't great but I wanted to get her back as quickly as possible. Right then, tench... 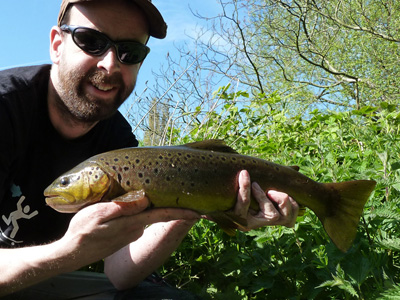