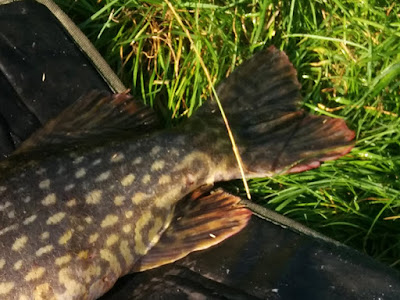 Saturday Afternoon: This weekend I headed to The Wye armed with light lure gear in search of more perch to add to the challenge. And it wasn't long before a nice pike appeared between two weed beds and nailed my little Mepps - cracking fight in the clear water and with no snags to plant itself in she was soon ready for the net.

The net was too small for the pike and the bank was too steep to get to the water, and after several attempts to get the pike to stand on her head in the waiting net the hook caught in the mesh and with a shake of her head she was free and sank back into the weeds.

That was about 16lb NOT added to the Predator Challenge! 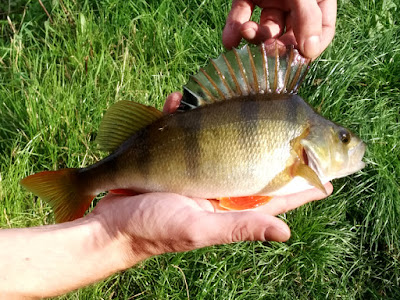 Really should have brought a pike net, ah well, bit of swearing and back to the perch. And I found them, landing 12 - two of which were over a pound - adding to the challenge weight. When I hooked them you could watch a small shoal of their mates follow them in, grabbing at the blade of the Mepps.

The last one I hooked didn't have his mates with him, instead he was followed in by a monster of a pike - under gunned and without a big enough net I hoped she would still be there tomorrow. 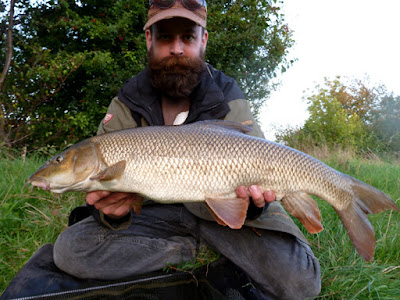 As the sun was fading I rolled some meat under a nearby bush, landing my first Wye barbel in over 10 years (to be fair I haven't fished for them in over ten years) 8lb 4oz. I quickly follow it up with a chub and two more barbel at 7lb 12oz and 6lb 5oz - don't they fight when they have deep water and loads of it?! 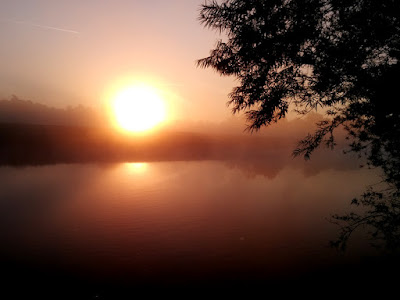 Sunday Morning: I was on the riverbank before sunrise, this time I had heavier gear and more importantly a net that was up to the job - hopefully the monster was still there. I rolled some meat under the near side bushes, resulting in a 2lb chub, while waiting for enough light to lure fish.

Back to the monster's lair, and I thrashed the water to a foam with plugs, spinners and shad - she had gone or at least wasn't playing - bugger.

The perch were still there and first cast I nailed one about 1½lb, one for the challenge, until up she popped and plucked if from the Mepps - agggghh!!

I didn't move very far, up and down with an occasional cast over the area I was hoping she'd still be. It wasn't until I had another little perch on again until I saw her, she just missed it and cruised into the shallow water giving me a good look - it was about 14lb...

It's not hard to over estimate the size of a pike from a follow or a snatch, still a nice pike but I thought it was bigger. I looked over at my perch that had just a lucky escape - but something rather bigger was also watching it.

Easily a twenty - and I could see the treble of the Mepp sticking out of the perch's mouth - sorry little perch - she went for it twice - and missed both times - before sinking back to the depths. I unhooked the luckiest perch alive, without a tooth mark on it and popped it back a peg down. 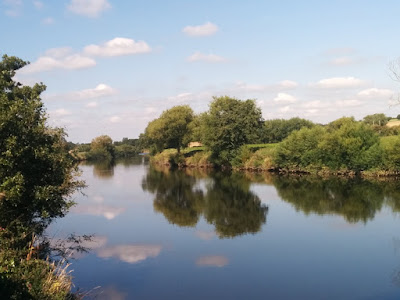 Sunday Afternoon: It was bright and hot and nothing really wanted to play, I had a couple more perch and a jack about 4lb, loosing two more of a similar size.

I could have waited for dusk, barbel time, but I had one thing on my mind... 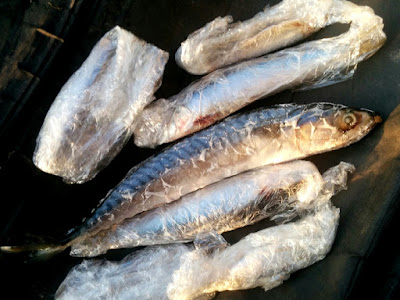 Monday Morning: Dead baits or bust! If she won't take a lure perhaps she fancies a mackerel? The clock was ticking, back to London this afternoon. First rod was set up and cast out and as I picked up the second rod it was away - with my heart beating through my chest I ran over and struck - a pike about 10lb thrashed to the surface before spitting out the bait and hook and bolting.

Two more dropped runs before I got the second rod in the water which was soon nailed by a hard fighting 10lb 2oz pike. Not the one I was after, but very welcome - beautiful markings but strange looking, short top jaw and one eye bigger than the other - I'll recognise this one if I see it again!

Baits back out I waited, I couldn't change swim - what would you have done? Had she moved or was she only hunting perch? Well, it's the ten pounder's tail in the lead photo, I didn't catch her this time - she's only getting bigger and I'll be back... 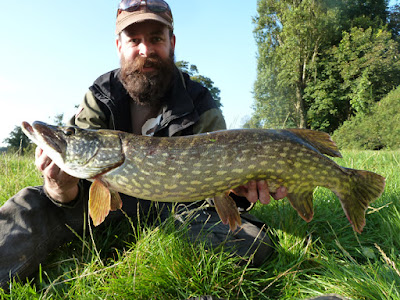