The summer river season is just 107 days long, and once again it has flown by. After a quiet closed season I was eager to get cracking - I mainly limited my targets to just three species of fish; barbel, carp and chub for the opening months. Lots of early starts and creeping about in the nettles - here’s my summer, written as I went along...

June: Well rested I was looking forward to the start of the river season, and this year it was all about barbel. Seventeen barbel on the opening morning was a result beyond my dreams! And four more short sessions took my barbel tally to 34 fish for the month - a cracking start to my 100 barbel challenge, could I complete it in the summer?

August: I continued my barbel quest with a few short early morning sessions - which included bagging a double - my barbel count was up to 84 fish. But the fish of the month (perhaps season) was a six pound chub from the local little river. Me and James have long speculated their existence - and here was one on the bank - brilliant! 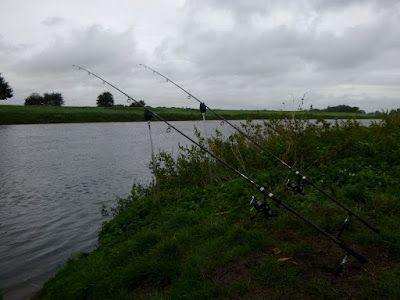 Thirty six hours on the mighty River Trent; tidal, stormy and in flood - and worse still the barbel had fed like mad at the beginning of the week then completely switched off. But some of the locals were catching the odd fish (with their local knowledge) - so tempting a barbel was still a possibility - even on a first trip. 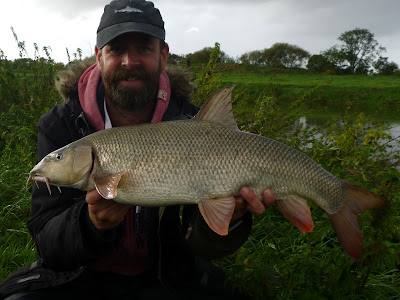 To cut a long story short; as home time approached I was thankful I’d landed a blank-saver bream, but then, far more by luck than anything else the rod hammered over and the alarm screamed - a hard fighting stocky 8lb 15oz barbel - I was delighted - not one of the monsters the river is famous for - but we’ll be back for them... 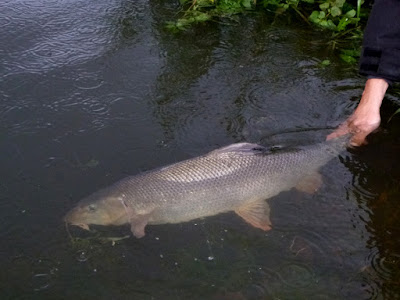 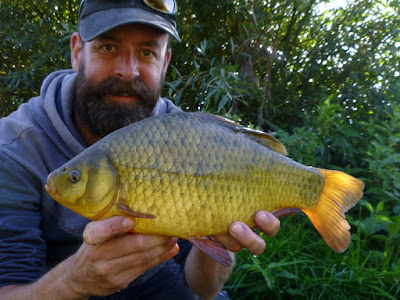 The mornings and nights are closing in and there is a chill in the air - it’s very nearly pike time. But before it’s too late I fancied a crack at a neglected summer favourite - the crucian. 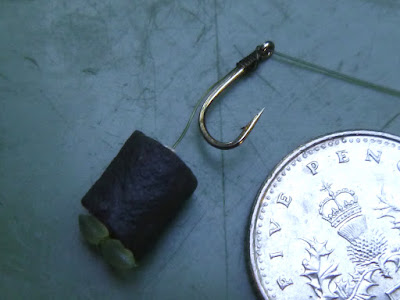 To The Farm! I fished one rod on the mag ‘n’ wag, on the other I fished the method feeder with scaled down hair-rigged halibut pellet on a bite alarm - traditional verses modern approaches. 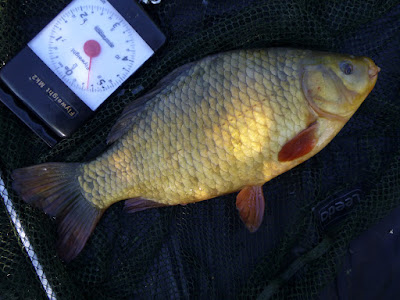 I landed dozens of rudd, roach and perch on maggot - and the pellet accounted for three crucians, 1lb 12oz, 1lb 14½oz & 2lb 9½oz plus a bonus tench at 3lb 9oz. Beautiful fish, glad I didn’t miss my chance. 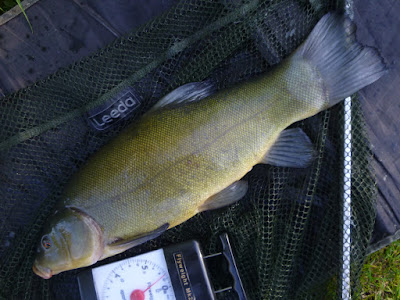 Baffling: All three crucians ripped the rod off the rest on the lead - I couldn’t hit their bites on the float - how can something that bites so delicately on the float be so aggressive on the lead?
Posted by Brian at 08:32 4 comments: 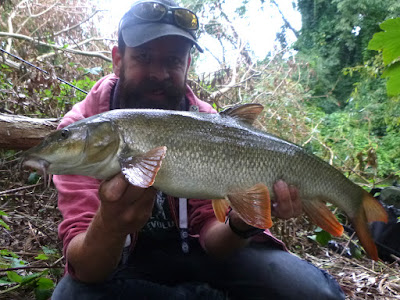 Not a monster but I can’t complain about this 4lb 10oz beauty - barbel number 100 of the season - fantastic!

A total of 25 sessions, mostly about 2-3 hours, with the odd half day here and there - cracked it in just under three months.

And what now? I think I’ll get some sleep in the mornings instead of getting up at stupid o’clock - the mornings are closing in anyhow! 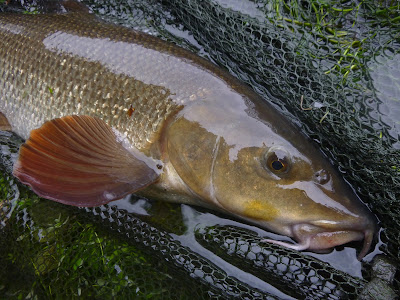 Cracking morning, six barbel between 5lb 0oz and 8lb 1oz (5lb 9oz pictured) plus a bonus 4lb 1oz chub. I did loose two good barbel to hook-pulls but I won’t dwell on that. Getting close to my target! 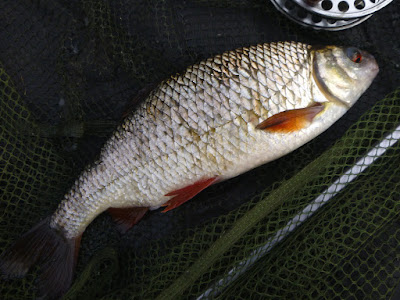 Stick ‘n’ pin, half a loaf of bread and an afternoon on the river. And it started so well; four roach, three over a pound; 1lb 0oz, 1lb 2oz & 1lb 3oz and six gudgeon - the biggest of which flicked out of my hand before I could weigh it - definitely over 2oz. 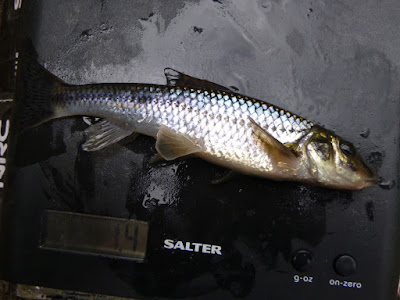 Then my centerpin fell to pieces in my hands - I couldn’t have tightened the screw properly last time I cleaned it. I reassembled it but dirt had got in - my trip was done - back home to wash, oil and reassemble it properly - now it needs a test - I’ll be back...
Posted by Brian at 06:26 No comments: 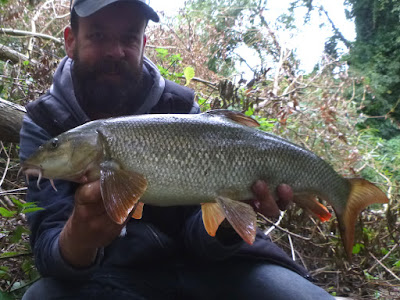 I cast out a ledgered cube of meat and in the clear water I watched a barbel rush towards it before it had settled - I thought this is going to be quick - but the barbel inspected it and backed away.

The barbel seemed to be alone in the pool and over the next 20 minutes came and examined the meat a couple of dozen times - didn’t touch it, no indication of it’s presence on the rod tip.

I’d given up hope of it taking the bait - but interesting behaviour to watch. Then it grabbed the bait and tried to steal the rod! Makes you wonder what is really going on in this normally hidden world. 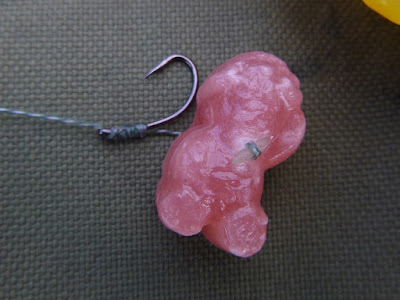 Continuing with the weird carp baits, and as I said I would, I hit the pond armed with a packet of Bassetts Jelly Babies - none of that supermarket own brand stuff, I’m taking it seriously! 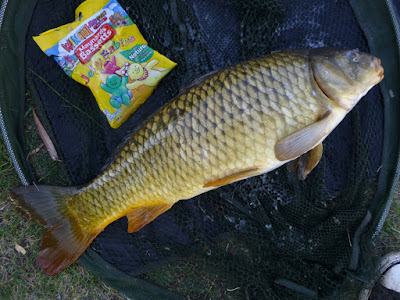 And they worked - was there ever a doubt? But what colours you might ask? Red 1 carp, orange 1 carp, green 1 carp, yellow 0 carp and black 0 carp. It’s like science (only dafter). And as this is science I also fished a second rod with a more conventional bait of halibut pellets as a control - Jelly Babies 3 carp, pellets 9 carp... And I’m wondering what to try next...
Posted by Brian at 07:19 8 comments: 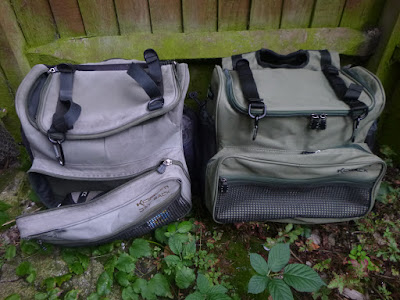 There can be no better tackle review that using an item to destruction and replacing it like for like. So even though I rarely mention brand names I’m going to have to recommend the Korum Day Sack. I’ve had the old one for nearly six years and I’ve really put it through a rough ride! Right then; time for a quick test... 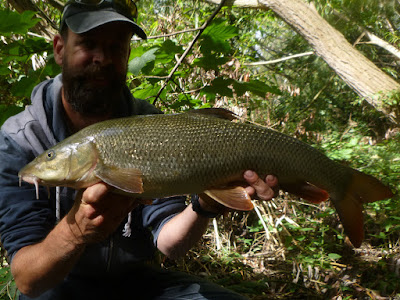 Too Much To Resist 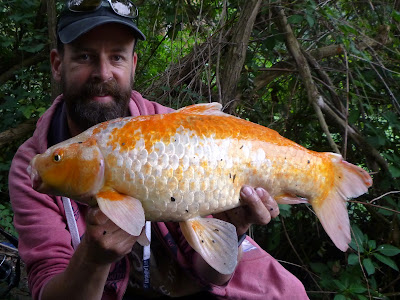 I’ve seen this koi swimming about numerous times, but being highly visible she’s seen it all before - still I couldn’t resist. An early start and I positioned myself upstream, floating bits of bread down to her, she examined each piece but wouldn’t commit.

After 15 or 20 minutes she finally sucked in a bit of crust - the next one had a hook in it! Hell of a scrap in the fast water - what a beauty - had to get a quick photo of both sides. Mission accomplished I celebrated with a few splasher barbel. 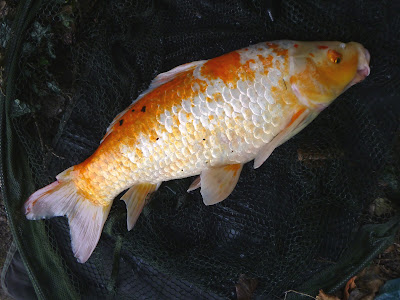