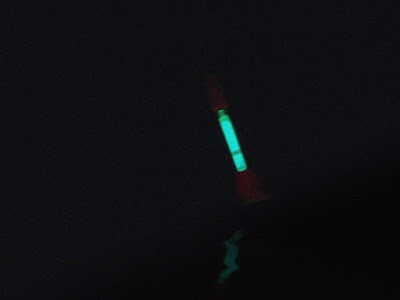 After my non-event fishing on Saturday it was great to join James after work for an evenings zander fishing on a local canal. It's fair to say when it comes to zander we are both complete noobs - and to cut a long story short we blanked.

But I think we both took a lot away from the trip - we found zeds - which I think is half the battle. James had one about 1½lb follow a lure and I had three of them together follow in a roach head, all of which were under a pound.

Then I had a run on the drop - nicked the bait. You can't fish a bait on the deck as it's loaded with crabs so we fished about a crab's claw-length above the bottom. But when we started positioning the bait higher in the water column James (fishing mid-depth) started getting runs - even briefly hitting into one of them. Fishing an hour and a half past our intended departure time - we really had run out of time.

I've come away with a bunch of ideas to test, after all it's a learning curve and I can't wait to get back - we'll get one!
Posted by Brian at 12:45