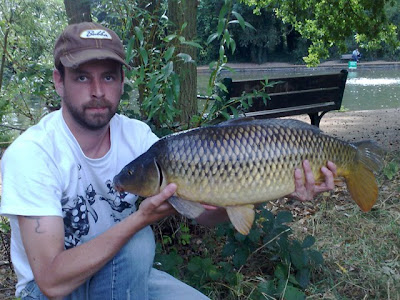 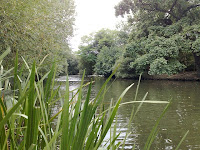 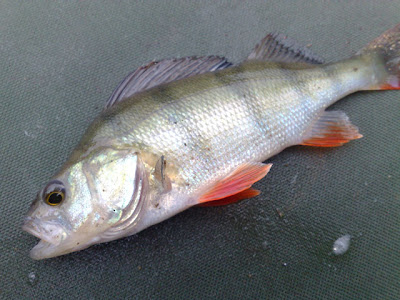 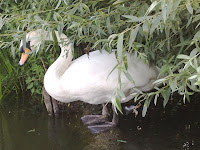 Trying to get the bigger perch using lob worm, but the small ones still eat them. Biggest perch was about 9-10oz... 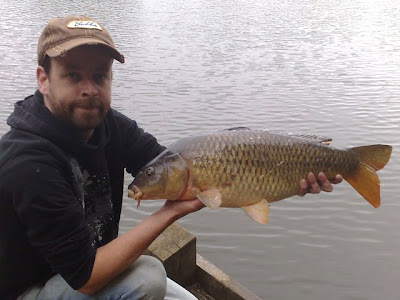 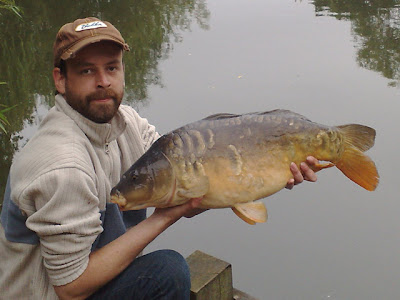 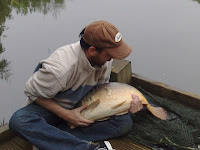 <- Opps! I was pretty sure when I saw it that it was the same fish I caught yesterday, it had a slightly deformed mouth and the large central scale. Now I've blown the photos up on my mac I can confirm it is the same fish - 2oz lighter today. Better photo!! 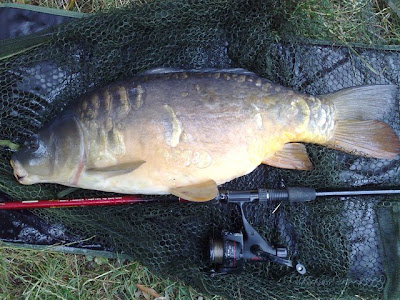 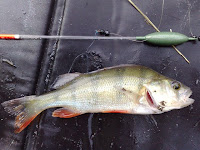 I also caught 12 small perch on float fished worm.
Posted by Brian at 15:16 No comments: 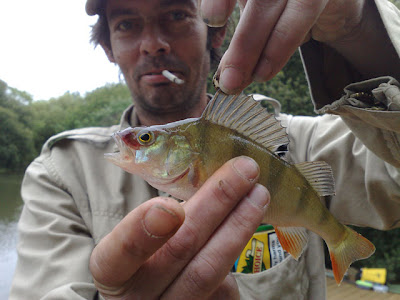 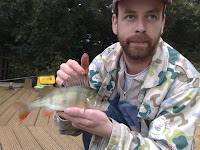 42 perch in total, the biggest ones were about 8oz. All taken on float fished worm hook bait.

I took an early lead but Dan was helped to victory, partly, by catching 6 perch in 6 casts with the same worm. 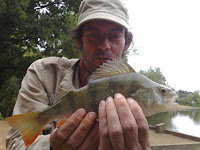 So it's round 1 to Dan, who broke his rod 2 hours into the session and continued to fish holding it together.
Posted by Brian at 14:22 No comments: